The near silence of my new system was lost in the noise produced by the fans of my wife's gaming rig. We both found that increasingly irritating and spontaneously decided to acquire a new setup: 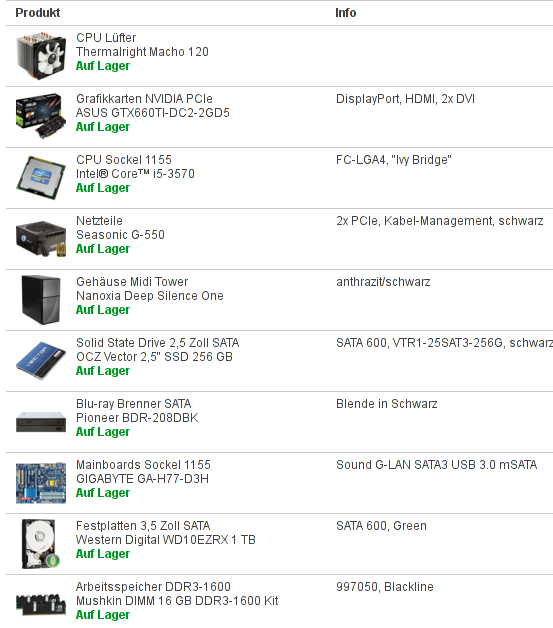 Very similar to mine in many respects, though not a single part is identical (since Alternate made a mistake and delivered the system in the black Nanoxia case, instead of the anthracite one we had ordered, they actually look like twins). It's more tweaked towards games, of course, but even under full load it's just as silent as mine. Chapeaux, Asus!

We've briefly considered to order this system with Windows 8, but after some tests in a virtual machine my wife's verdict was clear: Windows 7 will do just fine. Perhaps next time, Microsoft! 😉 We've used Ninite to speed up the initial installation process. Still, compared to the installation of a modern Linux distribution, the setup of Windows feels hopelessly antiquated.

Both systems are running right now, but the most prominent sound is the sweet snoring of our cat. 😊