An essential, even defining element of modern science is that it's taking place in the public. Scientific results must be published: this principle is valid since centuries, but the process itself has changed drastically only over the past decades.

Back in 1958, for example, John J. Hopfield obtained his PhD in physics at Cornell University. The results of his work are summarized in one paper submitted to the Physical Review.

The manuscript itself was handwritten, as usual in these days. It was probably John's girlfriend rather than the department's secretary which transcribed the text using a mechanical typewriter, excluding, of course, the numerous equations which John carefully inserted into the transcript. John also provided rough sketches of the figures, which were then traced by the ladies in Cornell's drafters office and photographed for submission. The people at Cornell's postal office helped with the submission of the paper.

Upon acceptance, the manuscript was carefully proofread and converted into a typographically correct typescript by the Physical Review's assistant editor responsible for the manuscript. Particularly, the handwritten equations of John's manuscript had to be transcribed correctly, and that was no small task: 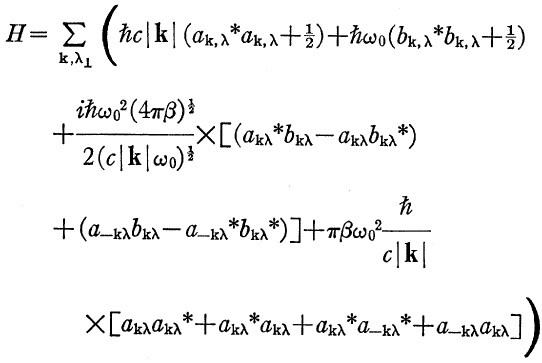 Now, let's compare that to the situation encountered 2012 by the imaginary PhD student Hans Weißwurst. Hans has been told that prospective employers will not be very impressed by a single Physical Review. He heard lots of talking about illustrious "high-impact" journals, and he has the vague hope to to submit his work to one of them.

What he doesn't know, and what nobody prepared him for: he will be author, secretary, designer, drafter, editor, first critic and proof-reader in one person. Unfortunately, he does not have the a clue about any of these jobs. When he's told that it's about time to write a paper, the drama unfolds.

Hans believes that the first thing he has to work on is the title, which is not altogether unreasonable if nobody tells you otherwise. He gives himself a week to find an appropriate title, but is unsatisfied even after the second week. He thus starts to write the abstract and the introduction, but finds himself brooding over the title even after six weeks instead.

After three months, his supervisor asks about the progress of the paper, and Hans hurries to finish his work. What's still missing is the representation and discussion of his results, but that's not too difficult, since he knows them all by heart. He thus quickly describes them and finally rushes to create some rough plots of the data.

Hans is imaginary, but his manuscript is not. In the past twenty years I've edited and rewritten many manuscripts by young scientists, and several of them reflected a shocking naïvety and an astounding ignorance. This year, the situation has worsened to such a degree that I couldn't see any other way than to write a tutorial. At first, this tutorial was intended for internal use only, but at a second glance I believe it may also be read profitably by a broader audience. Have fun. 😉