Suppose you want to follow Histiaeus, the greek tyrant, and send a message secretly to your fellow tyrant. Suppose, thus, that you shave the heads of your slaves and tattoo messages on their scalp. Great!

Now, you may like that a lot, but the guy next door doesn't like secret messages at all. He doesn't know that you use steganography, but he suspects you to do, since he's utterly paranoid. He thus decides to treat all outgoing messengers with a certain procedure, which he calls "double-stegging". It consists of dunking the head of the unfortunate messenger into a pot of green paint.

A neighboring king has a similar philosophy, but an even simpler, and more pragmatic attitude. He just chops the head off of all messengers who are unfortunate enough to cross his path. D'oh!

An agitated, almost hysterical minister informs you of the complete failure of your military intelligence. Oh my god, he says. Green heads and chopped off ones. Quite obviously, sufficient to destroy any secret message you sent. Why didn't you ever think about that?

Instead of consulting a specialist, you simply order that all future messages should be written on the messengers' feet.

Read the true story of the heroic fight of Keith Bertolino against steganography and its users: "corporate spies, disgruntled employees, or terrorists." And if you suspect the following image to contain a hidden message: 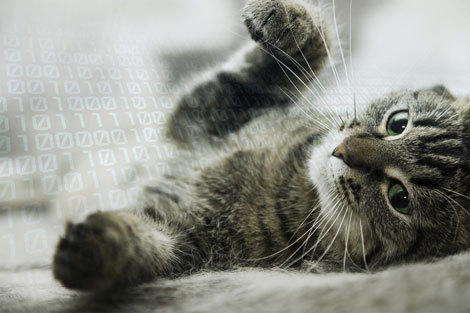