All my online banking is done in a virtual machine in which I run a spartan and minimal Archlinux. No AUR there, no experiments, just a vanilla up-to-date Linux with a vanilla up-to-date browser. I've never had any problems, but today I was greeted by a bizarre message upon the required reboot after a kernel update. I first checked if the problem is caused by today's update: 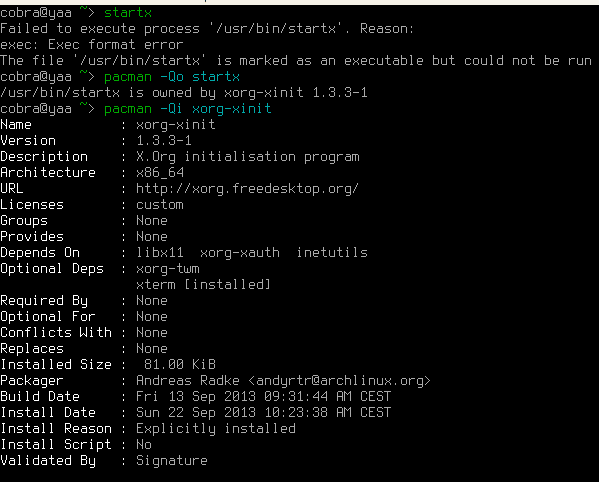 Obviously, it is. Since 'startx' is just a shell script, I opened it in vim, and discovered that the shebang is preceded by 24 empty lines. A search for that revealed bugreports for Redhat and Archlinux. The comment of Allan McRae is noteworthy: "Using a C preprocessor as a fancy sed on a shell script falls in the category of not my problem." 😄

PS: 'pacman -Qo' only works for locally installed packages, and is thus analogous to 'dpkg-query' for Debian-based systems. 'pkgfile' is needed for nonlocal packages.